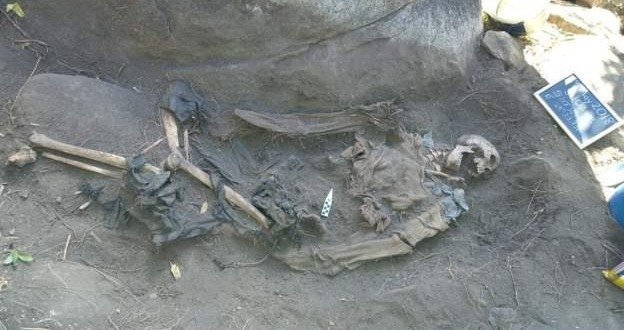 Zimbabweans on social media have reacted to a statement by President Mnangagwa that he’d like to see the people debate the Gukurahundi issue openly. Mnangagwa said the statement during a special interview with the ZBC for independence day celebrations.

Below are some of the reactions:

ED I lost a father/mother/brother/sister because of Gukurahundi and what should I debate about? – anonymous

Debating it? What’s there to debate? Gukurahundi happened. It was a genocide. The nation needs a sincere healing and truth-telling process for the victims. A memorial must be constructed. There must be an apology. Never again must such an atrocity be committed in Zimbabwe. – Fadzayi Mahere

“I would like to see perpetrators of Gukurahundi being held accountable” There, I have corrected it, Mr President Gukurahundi – Alex Magaisa

As basis for these debates, can the state first release ALL materials in its possession related to Gukurahundi? We want informed debates not speculation. Surely the state has records of who ordered who to do what, when and where. – Manasa Njanike

What’s there to debate anyway? Debate how many people died and who caused it? Debate why it’s been kept under lock for decades?

How do folk “debate” facts?

I think we have more urgent matters to “debate”… But please, define ‘debate’ for me –PhiniasShonayi‏

Respect us. What’s there to debate? We want truth telling, justice, healing, peace and reconciliation. There’s nothing to debate! – Thandekile Moyo

Be honest with your role & involvement first. Be truthful & run away from any iota of lies on this issue. Even God will 4give you for doing the right thing. Continuing to hide behind propaganda that doesn’t bring healing and disclosure is hypocrisy & Satanism of the highest order. – Kuchangamuka Wavhiya

Why should we debate over something whose facts exist? If you are sincere and earnest about Gukurahundi, just publicise the Dumbutshena and Chihambakwe Commission of Enquiry reports. – Team Pachedu

What’s needed on Gukurahundi isn’t mere debate nor gestures that appeal to optics & dirty PR exercise that l’m seeing. We need equitable closure that involves truth & apology from perpetrators, many of whom are still alive. Truth & unreserved apology is more than silver & gold! – Ishmael Mazorodze

I would like for Emmerson Mnangagwa to explain the role he played in Gukurahundi. – Oliver Mahata

Is he prepared to tell the world of his hand in the gukurahundi issue? If you say so? – Anonymous

Yes it could well be PR but we shouldn’t be too naive in our antagonism. To give an example. If one donates to a charity for publicity. That he did it for publicity does not take away the positive effects of the donation. I support open discussions of Gukurahundi. – Godknows‏

Mr ED should know that we don’t want discussions about Gukurahundi we want perpetrators to be put to justice simple! It was a genocide. – Dominic Nyakudya

4 comments on “Zimbabweans React: ‘I would like to see people debating Gukurahundi’ – Mnangagwa”