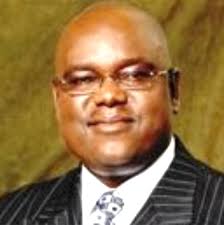 The recently sworn in Minister of State of the Harare Metropolitan Province, former Harare Mayor Oliver Chidawu claims that land barons are criminals.

He revealed this in an interview with the Herald. Chidawu said:

Land barons is a colloquial term for people who have stolen money from needy people who wanted housing and shelter over their heads.

These are just criminals, the point is what are we going to do with the criminals who have been roaming around cheating people? It is the duty of the local authority to provide housing to the people, it is a national duty for Government. In my time as Harare Mayor, we used to do that in places like Warren Park and Kuwadzana. We serviced the land and properly gave people land. Unfortunately, as things deteriorated, we have ended up with greedy people.

Chidawu also stated that real land barons do not swindle people of their money. He said:

a land baron would be a person who owns land and service it for sale, but these you are calling land barons are criminals.