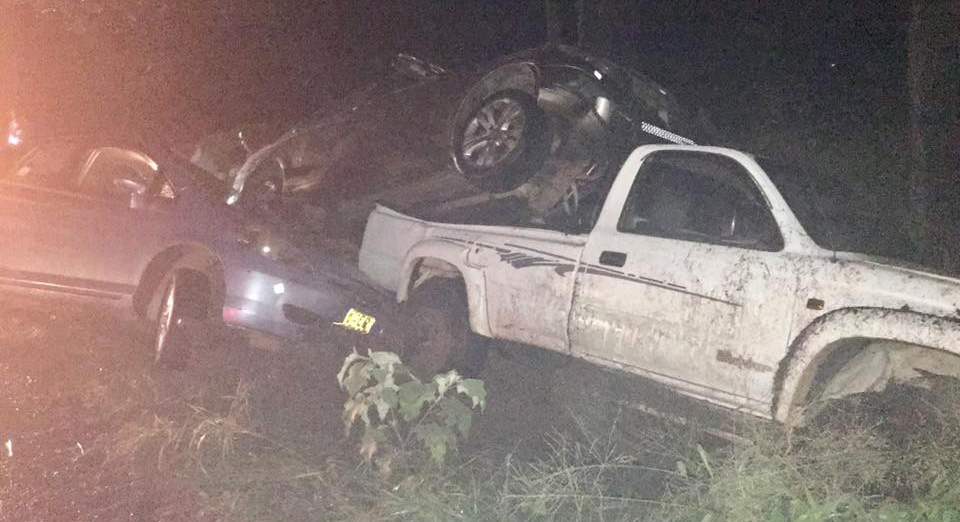 The accident that occurred along the Bulawayo-Beitbridge Road yesterday around 5 AM destroyed most of the wedding preparation groceries and other items of a bride to be.

Ms. Sibusiso Ncube, from Nketa 9 suburb in Bulawayo, who is set to tie the knot on Independence Day said she should have been on the vehicle that was written off but instinct told her to ride in a different car.

The vehicle steered sharply off the road and plowed into trees before coming to an abrupt stop.

Four passengers were injured and were rushed to Esigodini General Hospital for treatment.

The bride escaped unhurt as she was traveling in a different vehicle in the same convoy. Ncube, the winner of the 2019 Wedding Expo, however, lost her goods that were in a trailer that was being pulled by a Toyota Hilux double cab. She said:

It only must have been God. I do not know how it happened really, but I just thought to myself that I must not be in the Hilux but I should rather travel in a Toyota Quantum which was following behind.

Most of my stuff has been spoiled but I just thank God that he spared me injuries and gave me the premonition to travel in a different vehicle. I pray that the injured recover safely and soon.

Witnesses claim that the driver of the Toyota Hilux just lost control of the vehicle due to slippery roads.