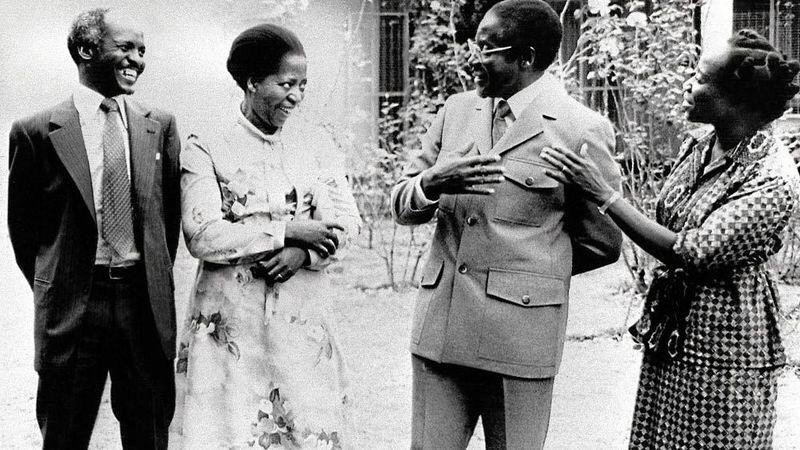 Former first lady Janet Banana is said to be seriously ill and seeking medical treatment. Reports indicate that the 83-year-old Banana has been in and out of the hospital recently due to failing health.

Banana is the wife of the country’s first post-independence president Canaan Sodindo Banana. He was President of Zimbabwe from independence in 1980 until 1987.

Banana relinquished his post when the post of Prime Minister, which was held by Robert Mugabe, was abolished thus creating an executive President. He died in the United Kingdom in 2003 and was not accorded national hero status.

In February she was asked to sign a certificate of life so her pension payments could be re-activated after having been stopped a couple of years ago.

She was allocated a temporary hired 4×4 vehicle and a driver and security detail which was withdrawn mysteriously at the beginning of March after she was told it had gone for service.

It turned out that the owner had not been paid by the government for several months and had decided to take back their car.

The president and first lady (president Emmerson Mnangagwa and wife Auxillia) visited Bulawayo on several occasions but none of them ever tried to come to visit her despite knowing that she was in the country from January.

Bulawayo provincial minister confirmed to the Daily News that the government is taking care of Banana’s medical bills. Said Ncube:

She is not feeling well, that is the reason why the president had to call her so that she can be assisted. It is her right to get government assistance.

It is the government that is actually taking care of her bills. At the moment, we are frantically looking for a house for her that will be purchased by the government, because she is currently staying with her sister.

The government is working towards giving her, her pension. Two weeks ago, her pension had not yet reflected in her bank account. She is well taken care of. It’s just a question of time before everything gets into place.

Reverend Canaan Banana was a Methodist pastor who died in November 2003, was found guilty in 1999 of 11 counts of sodomy and abusing his power to sexually assault and carry out homosexual acts with men, most of whom were on his presidential staff.

He is best remembered for his role in ending the ethnic violence in Matabeleland, also known as the Gukurahundi massacres.