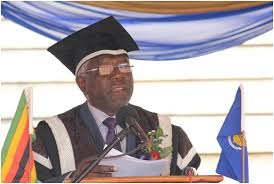 Chief magistrate Munamato Mutevedzi says suspended University of Zimbabwe (UZ) vice-chancellor Levi Nyagura has a case to answer and will stand trial on May 16.

Nyagura had sought to for exception through his lawyer Advocate Sylvester Hashiti, arguing that he was being wrongly charged for illegally awarding a PhD to former First Lady Grace Mugabe.

He had made an application for exception and quashing of the indictment, arguing a vice-chancellor was not responsible for the award of degrees.