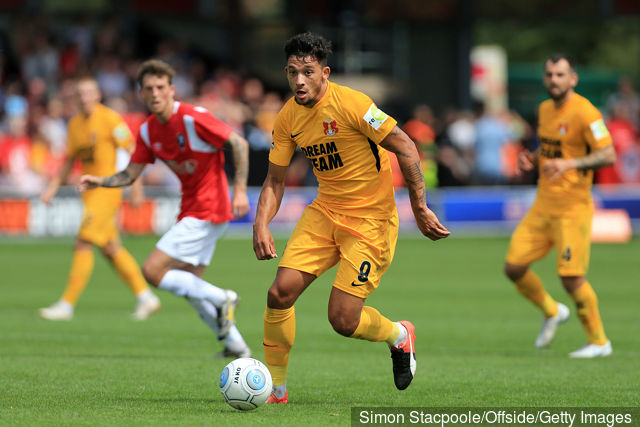 Warriors and Leyton Orient striker Macauley Bonne has equalled the goal mark he reached in 2018 after scoring in the 3-2 victory over Eastleigh on Tuesday.

The 23-year-old Zimbabwe international now have twenty-two league goals, which are equal to what he achieved last season.

He netted in the 57th minute as his side came from behind to win the match at home. The other two goals were scored by Josh Koroma (10th minute) and James Brophy (61 minutes) apiece.

Bonne could still surpass the 22-goal mark as the league still have four more games before the end.

Meanwhile, Leyton Orient is on top of the table with 81 points, and should they manage to maintain the momentum, they will get a promotion to EFL League Two.

The club currently plays in the National League, the fifth tier of the English football league system.

Leyton plays Sutton United away (13 April) and Harrogate Town (19 April) at home in their next two League matches.