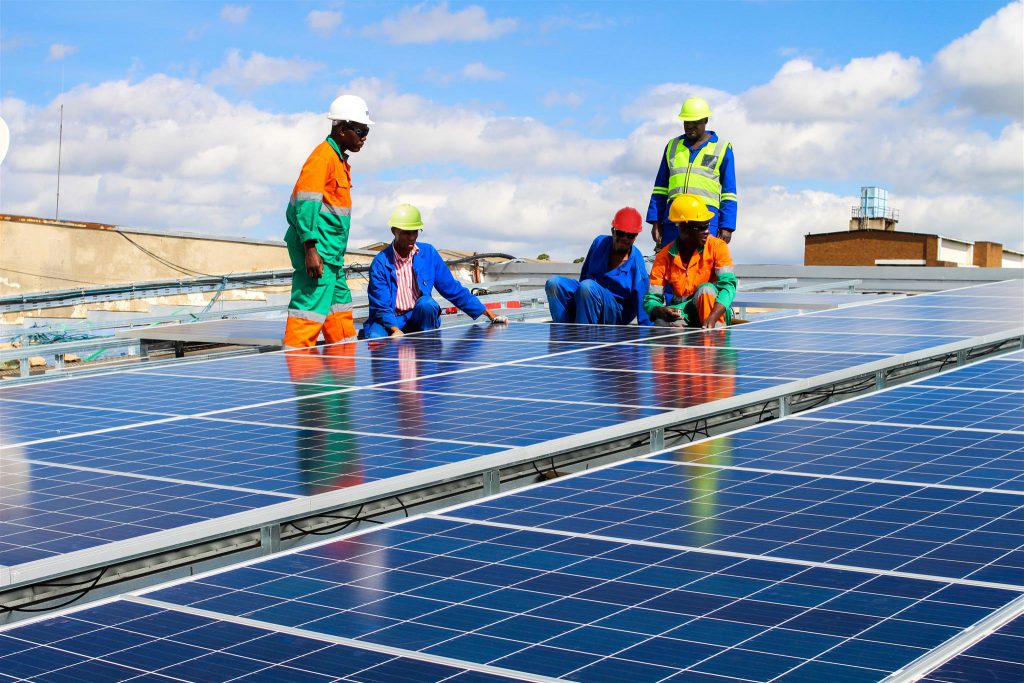 Telecoms giant Econet Wireless Zimbabwe on Wednesday launched the first industrial solar plant in the country at its Willowvale complex in Harare, in a move aimed at fully embracing clean and renewable energy.

The power plant is projected to generate 466KW and will operate under a 25 year Independent Power Producer (IPP) License. Econet expects to provide power for its internal operations and base stations from solar energy.

Our organisation launched a Green campaign in 2018 which has seen the company investing in alternative renewable energies starting with six of our own business premises.

The commissioning of our Willowvale solar power plant demonstrates our focus to ensure that all our offices nationwide transition to clean and reliable energy as rapidly as possible.

Also present during the launch was the Permanent Secretary in Ministry of Energy and Power Development, Dr Gloria Magumbo who had this to say:

The commissioning of this plant marks a historic event in the renewable energy sector in the country as it signals the beginning of large scale solar adoption in the commercial and industrial space.