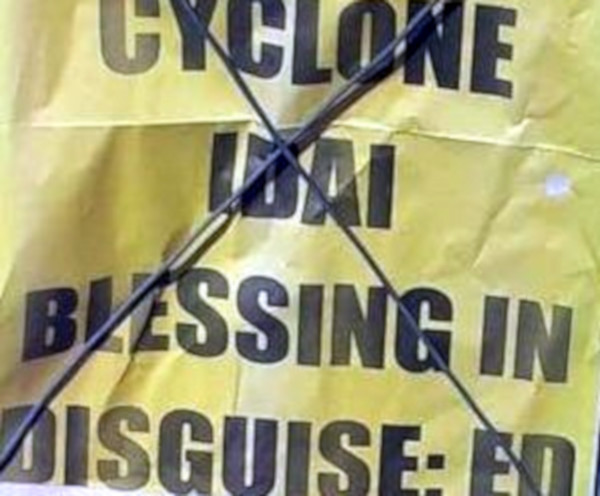 Speaking in the Shona vernacular Mnangagwa said what was translated by NewsDay and others to mean the Cyclone was a blessing in disguise. Others disagree, saying that the President’s words are being translated incorrectly as he had merely used an idiom to put across the point that relations with the Americans were mending.

Here’s a video of the speech in question: