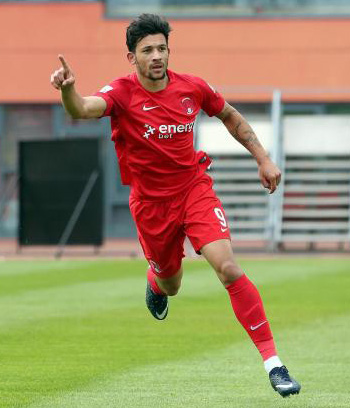 England-based Warriors hopeful, Macauley Bonne, has submitted his application forms for a Zimbabwean passport with the Zimbabwean embassy in London, which could make him eligible to play for the Warriors at AFCON.

The Leyton Orient striker was born in England to a Zimbabwean father and is therefore in line to obtain citizenship after being pictured at Zimbabwe House in London with the country’s ambassador to the United Kingdom, Christian Katsande on  Friday morning.

The “next Jamie Vardy” has already featured for the Warriors, albeit in a non-competitive match.

We use cookies to ensure that we give you the best experience on our website. If you continue to use this site we will assume that you are happy with it.Ok
‘Next Jamie Vardy’ Applies For Zim Passport In London