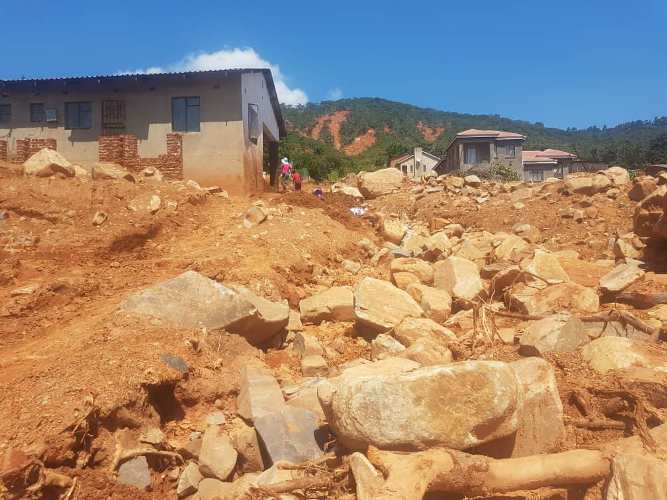 The government is set to relocate residents of Ngangu High-Density suburb who survived Cyclone Idai in Chimanimani.

This was revealed by the Civil Protection Unit (CPU) Manicaland chairperson Edgars Seenza.

Seenza told a delegation of permanent secretaries who were led by the Chief Secretary to the President and Cabinet Misheck Sibanda that 170 of the 1 481 houses were destroyed by the cyclone.

The senior government officials visited Manicaland over the weekend on a tour of affected areas in the province. Said Seenza:

We have identified Nhuka Farm as the possible area to relocate the affected residents in Ngangu; subject to our assessment.

We will now ensure that all buildings will now be 2030 compliant which will be able to withstand natural disasters.

Seenza however, did not clarify how the government will deal with settlements such as Machongwe and Kopa. In the case of Kopa, the settlement is a growth point that suffered more than 90 per cent damage from the cyclone.