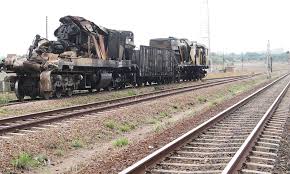 The Cabinet has approved the construction of a railway line that will link the country with Beira port in Mozambique.

Zimbabwe uses ports in other countries for its external trade such as Dar-es-Salaam in Tanzania, Walvis Bay in Namibia and Durban in South Africa, but Beira gives the country the shortest gateway to the sea.

Speaking to the media soon after a Cabinet meeting on Tuesday, the Minister of Information, Media and Broadcasting Services, Monica Mutsvangwa, said:

Following a presentation by the transport minister and Infrastructure Development Cabinet approved in principle the proposal for Balmoral Corporation investments to undertake the construction of a railway line and a port at Beira on a built, operate and transfer basis in order to facilitate the transportation of minerals.

According to a Daily News report, at least 70 per cent of Zimbabwe’s exports reportedly go through South Africa.