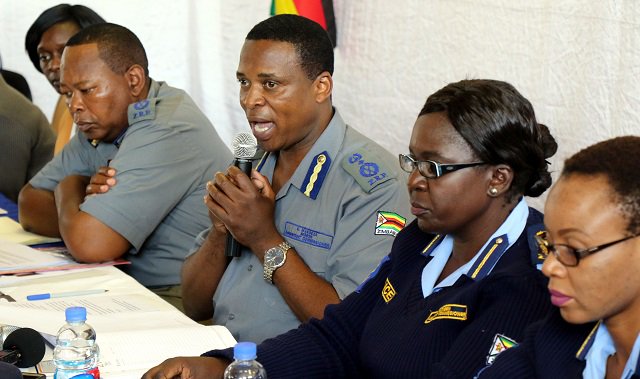 The Zimbabwe Republic Police (ZRP) has appealed for information that will lead to the arrest of Litten Chikoore of Kadoma.

The accused person appeared in a video that went viral on social media where he is seen viciously beating up a prone man claiming that he had stolen from him. ZRP posted a message on its Twitter handle that reads:

The ZRP is appealing for information which may assist to locate the complainant in a social media post which went viral recently. In the video, accused person, Litten Chikoore of Kadoma is seen viciously assaulting the hapless complainant on the pretext that he had stolen from him.

While Chikoore has been located, the availability of the complainant will ensure that the law takes its course without delay. Members of the public can contact the Complaints Desk on telephone number 0242-703631 or CID Kadoma 06821-26600/27464 or any nearest police station.

Watch the Video below: