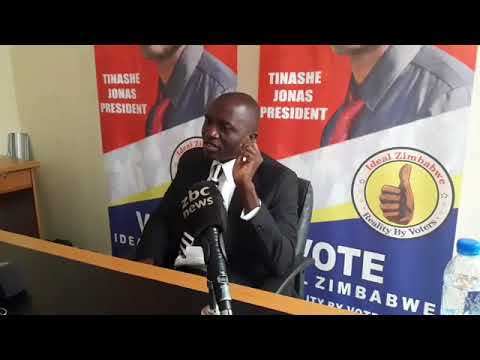 The Zimbabwe Lawyers For Human Rights (ZLHR) has revealed that leader of Ideal Zimbabwe Party, Tinashe Jonas, has been granted bail by the High Court. In a statement ZLHR said:

The High Court has ended the three-week detention of Tinashe Jonas, leader of Ideal Zimbabwe party, represented by @ZLHRLawyers, after granting him $500 bail. Jonas had been in prison since 12 March after he was detained 4 undermining authority of or insulting President Mnangagwa.

Jonas was invited to DStv channel 405 for an interview and allegedly insulted Mnangagwa in his remarks, suggesting Mnangagwa was engaged in sexual proclivities with his advisor Chris Mutsvangwa’s wife, Monica, the Information minister.

Not only that, Jonas at one point declared that he would be arresting all three members of the praesidium, President Emmerson Mnangagwa and his deputies Vice Presidents Constantino Chiwenga and Kembo Mohadi on the 9th of March for various charges.