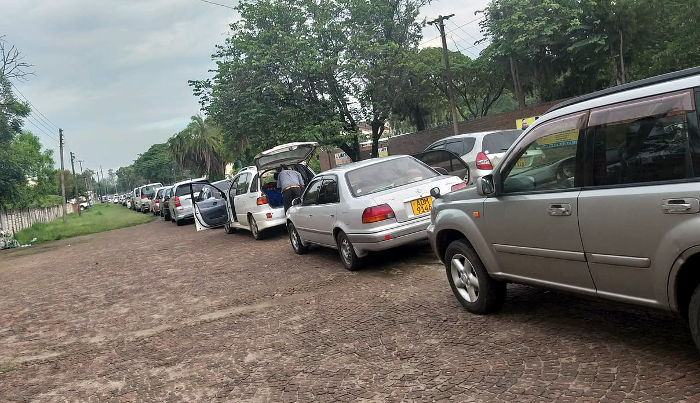 The Zimbabwe Energy Regulatory Authority (ZERA) on Monday announced a marginal increase in the price of fuel, that will come into effect on Monday next week.

The price of petrol will increase slightly, from the current price of between ZWR$ZWR$3,34 and ZWR$3,40 to ZWR$3,41. The price of diesel will remain unchanged.

Part of the statement released by ZERA reads:

Please note that these figures take into account the revised excise duty, representing the maximum FOB and pump prices for the different fuels. Operators may, however, sell at prices below the cap depending on their trading advantages.

The fuel price increase comes at a time when there are acute shortages on the market. A motorist who spoke to Newsday about the fuel queues said:

The queue is very long and one would think twice before joining it, but the fortunate thing is that it’s moving very fast. We are in the transport business and the time factor matters, hence a few hours lost in the queue affects the overall business and our timetables.

As the PAZ, we are not happy with what is going in the country, it is the ordinary citizens who suffer from decisions by the government.

We did a survey in the morning (Tuesday) and we found out that passengers were stranded. From Mabvuku to town kombis were going for ZWR$2,50 while Chitungwiza to town it was ZWR$4.

Energy Minister, Joram Gumbo told Newsday that his Ministry’s mandate is not to avail money for fuel companies but to facilitate the bringing of the precious liquid into the country.