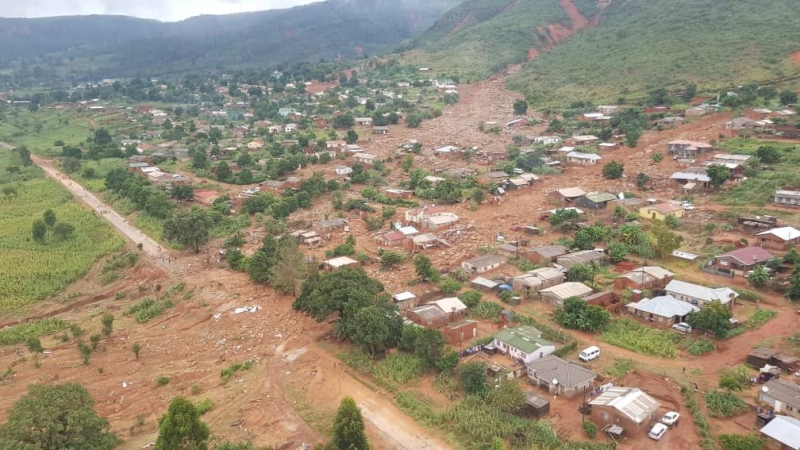 The Minister of Local Government July Moyo on Tuesday revealed that 82 Zimbabwean bodies were buried in Mozambique after they were washed downstream by floods.

Speaking during a post-Cabinet media briefing, Minister Moyo said that the Zimbabwe Defence Forces (ZDF) had confirmed with Mozambicans of the burials on three different sites. Said Moyo;

Last week we were at 189 (victims), we had a number of people who were on our missing persons list and our defence forces who at Vhumba had crossed into Mozambique were able to confirm with villagers in Mozambique that seven people were buried and sent the pictures.

Another 15 were also buried at another place and yet another 60 were buried 40 kilometres down in Dombe district of Mozambique.

Those are the figures that we have added to come to 268 and by that figure, we are also reducing the number of those we are saying are missing.

The exact number of people who were killed by Cyclone Idai is not known as hundreds of people are still missing.