A picture of an elite private school, Peterhouse College, dubbed Extreme Reading Challenge posted on social media has generated a lot of controversies. Here is how people reacted to the picture on Twitter:

Nothing shocking at all. the boys were probably asked to do their own staging. I went to Peterhouse, there is a lot of freedom of expression, its a depiction after all NOT real life. The boys are in character actually & on our PH alumni group, there isn’t all this outrage FYI. Linda

It could be that there’s some latent genius behind this image & the exercise which is beyond my intellect, but I suggest the school & individuals involved could benefit from a session with a diversity adviser & probably some diversity awareness training. It’s disturbing.

You don’t share such images without explaining the background. It screams stereotypes and elicits negative interpretations. If you’re going to post something likely to be controversial, you should try to explain it. That’s what a diversity adviser would tell them!  Alex T. Magaisa.

I think it’s much ado about nothing, to be honest. Could be a re-enactment of a scene from colonial era EXTREME READING?

Racism must fall. Anywhere it is found. If there are any racist aspects of schooling, they must go. But to call every single private school in Zim racist is a stretch. Peterhouse erred. But do we trash everything in the process? We have to acknowledge that there is some good. Fadzayi Mahere

If you go on the Peterhouse page on Facebook you will see the series of images. It’s called Extreme Reading challenge. The tweet should have included the context of the image. Nothing really controversial about it once seen together with the other images. P.O. Box Watsomba

It’s not always captured on camera. It happened in the school I went to racism in any form jokes or comments whatever. Children are not empowered to speak against stuff like this due to the strict disciplinary structure that is commonly found in such institutions. Frosty

The fact that #Peterhouse deleted their initial post trashes anyone who still defends Private schools. They’re racist! No one is forced to go there but there are racist! Are we saying that we should safeguard racist institutions because hatidziphwe huro kuenda ikoko? 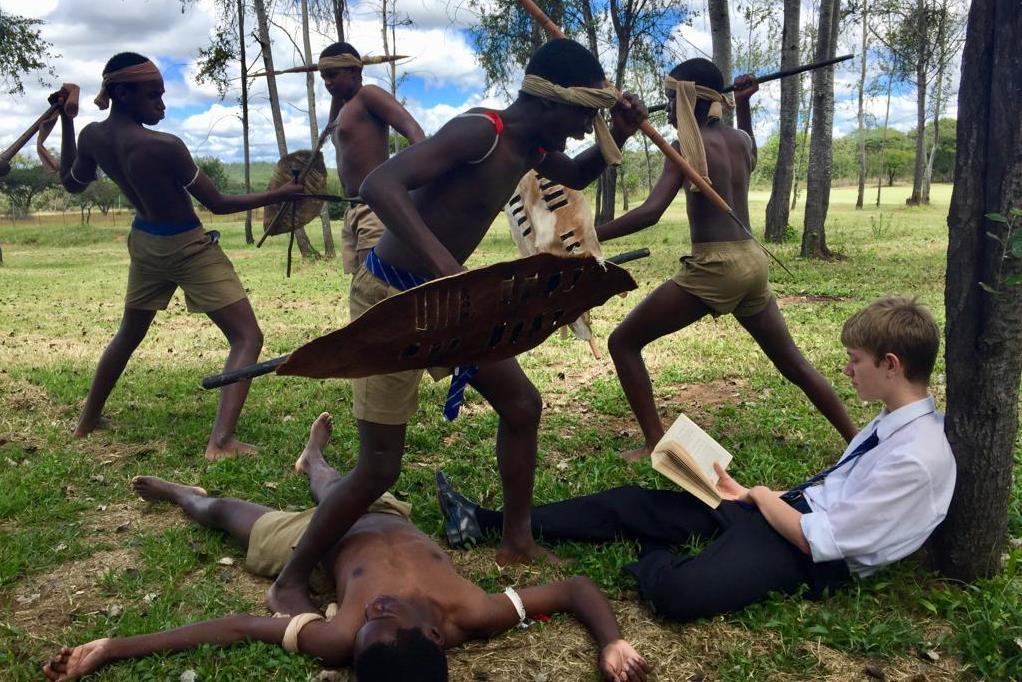