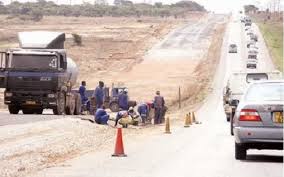 Transport and Infrastructural Development Minister Joel Biggie Matiza has revealed that the government gave the dualisation of Harare-Beitbridge highway project to local companies. The project is reported to have commenced and has so far it has consumed $42 million.

He also said the Government was seeking partners for the dualisation of the Harare-Chirundu road. Matiza said:

Our surveyors and engineers are already on the ground and all these works are being done by local people. We are now finalising securing of local engineers after which we get the contractors. We are dividing the road into nine sections which will be worked on by local contractors.

Matiza indicated that AFEC, a Chinese company, was seconded for development works on the Harare-Chirundu road. AFEC is however yet to show proof of funding to the Government.

There is AFEC which we have seconded,  but they are still to come up with proof of funding and once they have done that, there is another part of the road which is the Harare-Chirundu stretch.

We are widening and dualising just before the towns and 10km after the towns, that is Phase One. If AFEC comes with the money, they will do Phase Two which is the stretch to Chirundu. We will continue doing the work until we get partners to take over.

Geiger, the company initially contracted to dualise the entire Beitbridge-Chirundu highway failed to develop the project for two years. This resulted in a new hunt for project partnership.