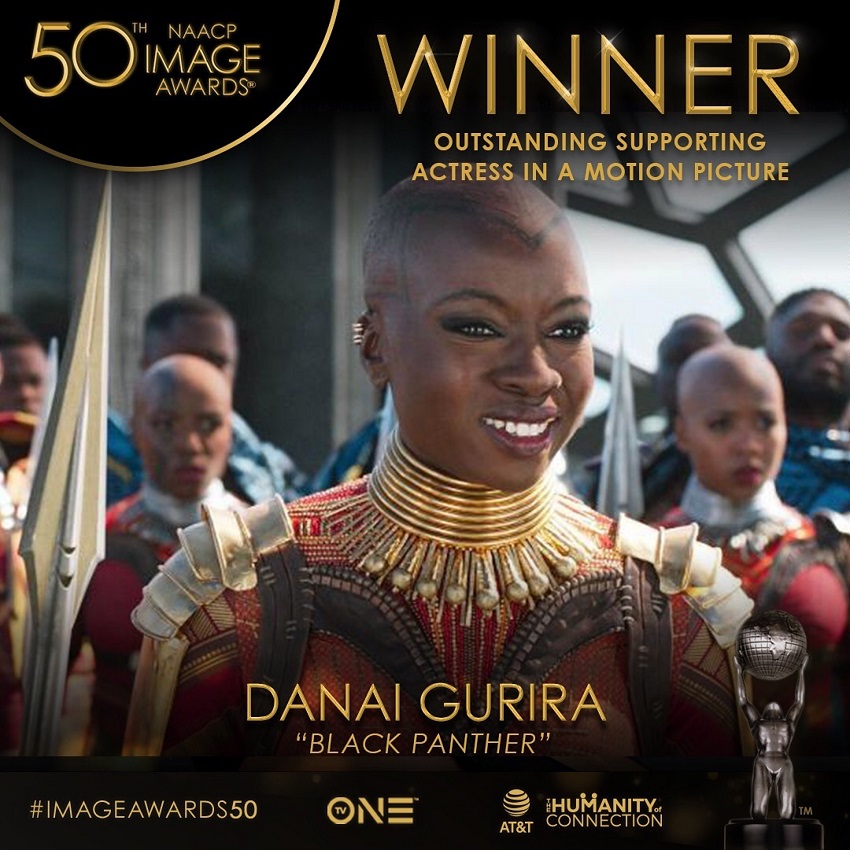 The Zimbabwean Hollywood based actor, Danai Gurira, has won an Outstanding Supporting Actress award for her role in Black Panther at the 50th NAACP Image Awards. The winners were announced on the 30th of March during the live broadcast on TV One from The Dolby Theatre in Hollywood.

At the same occasion, Beyoncé was honored as the NAACP Entertainer of the Year whilst Congresswoman Maxine Waters was presented the NAACP Chairman’s Award.