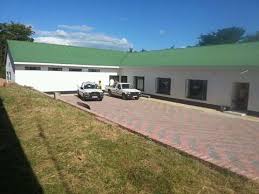 Tawanda Gunja (35), was hauled before Chief Masembura’s court after he had an adulterous affair with Francisca Mufandarambwa (45) at Madziwa Teachers College since 2017.

The illicit affair between the two yielded a child. The woman’s husband, Gerald Dungare (59), an auditor at Bindura Municipality, was customarily married to Gunja.

When quizzed for her actions at the Chief’s court, Mufandarambwa had this to say:

Your Worship, my husband was sexually starving me for a long time since he has a second wife.

Whenever he came to our Chitungwiza home, I would entice him and he would simply ignore me until I thought of finding a young man who could satisfy me. I am no longer with my husband because he ignored me.

In his plea of guilty, Gunja said that Mufandarambwa claimed that she was single when they met. He said:

It is a very dangerous game which can cost lives. Therefore, culprits should be judged harshly so that it sends a warning to potential offenders. The cattle and goats are to be paid within two weeks.