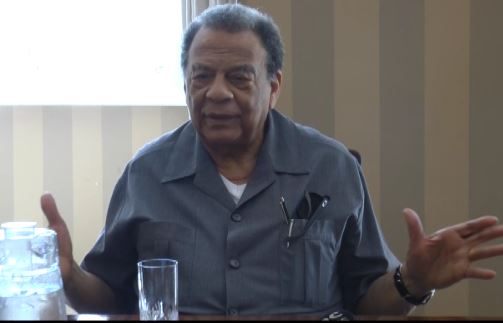 Former United States of America Ambassador to the United Nations (UN) Andrew Young has called for the removal of sanctions imposed on Zimbabwe by his country.

Young was in Zimbabwe recently and he said that there was no justification for the sanctions to remain.

He had visited the country as the head of a 38-member delegation from the United States which was exploring business opportunities in Matabeleland North province. Said Young:

I still insist that Zimbabwe lived up to its part of the bargain in independence and still don’t know why there are still sanctions.

Young was once an aide to famed human rights activist Martin Luther King Jr. He was to serve as the nation’s first African-American ambassador to the UN after his appointment in 1997 by the then President Jimmy Carter.

He also played a part during the Detente period in Southern Africa which culminated in the independence of Zimbabwe and Namibia in 1980 and 1990 respectively.

One Comment on “Former US Envoy, Andrew Young Calls For The Repeal Of ZDERA”