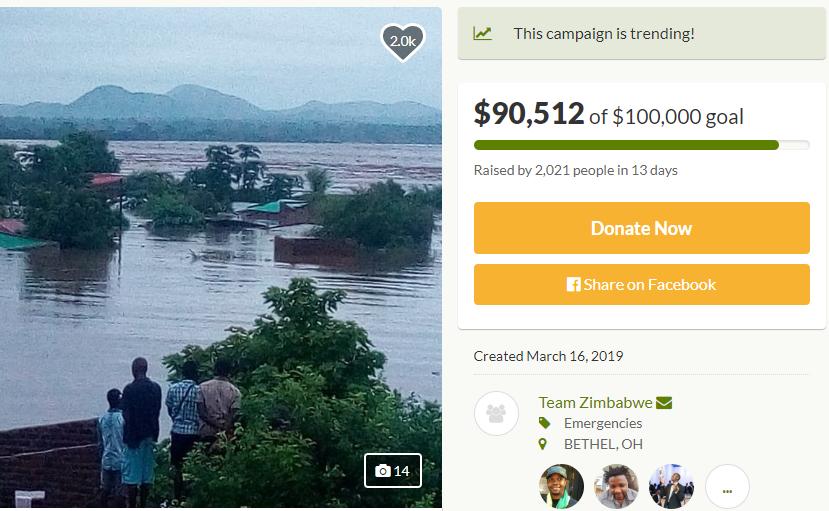 One the of Cyclone Idai relief fund-raising campaign on the internet has raised over US $90,000. The campaign, initiated by US-based Zimbabwean Freeman Chari was started soon after the destruction in Chimanimani and Chipinge caused by the Cyclone Idai.

The campaign is being run on the internet crowd-funding platform GoFundMe. It was one of several campaigns on the platform.

It is one of several campaigns started on the platform, which, together have now raised more than $100,000. Here are the other campaigns: