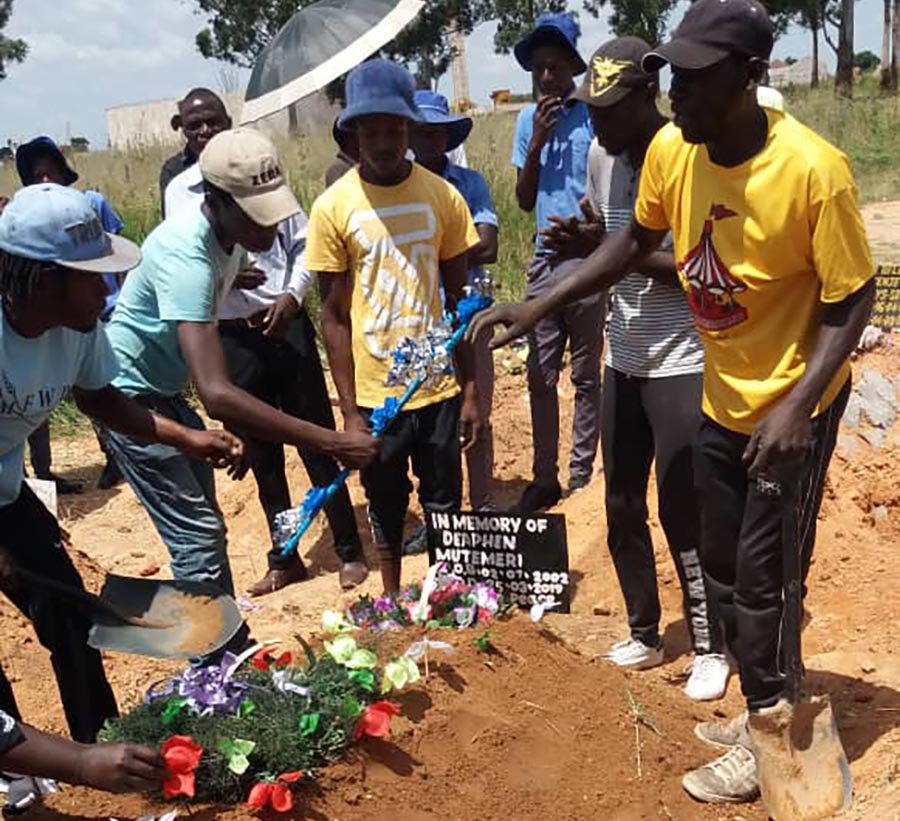 Deaphin Mutemeri was finally buried on Thursday morning after the rite was suspended following a religious cult’s attempt to raise her from the dead on Wednesday.

Self-styled prophets accosted Deaphin’s coffin en route to Granville (Mbudzi) cemetery on Wednesday, moments before her burial and claimed that she was not dead.

Her body was returned home to Highfield where the seers conducted rituals throughout the night which failed to revive the teenager, whose body had spent two nights in a mortuary.

Deaphin, a Form 4 pupil at Kwayedza High School in Highfield, died suddenly on Monday after complaining of a headache.

Her family reluctantly agreed to give members of a church sect a chance to revive her after they made extraordinary graveside claims that the family was about to bury the teen alive.

The group of seers conducted several rituals overnight Wednesday, but could not rouse her, instead they managed to prolong the family’s grief.

Deaphin’s family, with encouragement from the police, finally allowed her burial to proceed on Thursday morning.