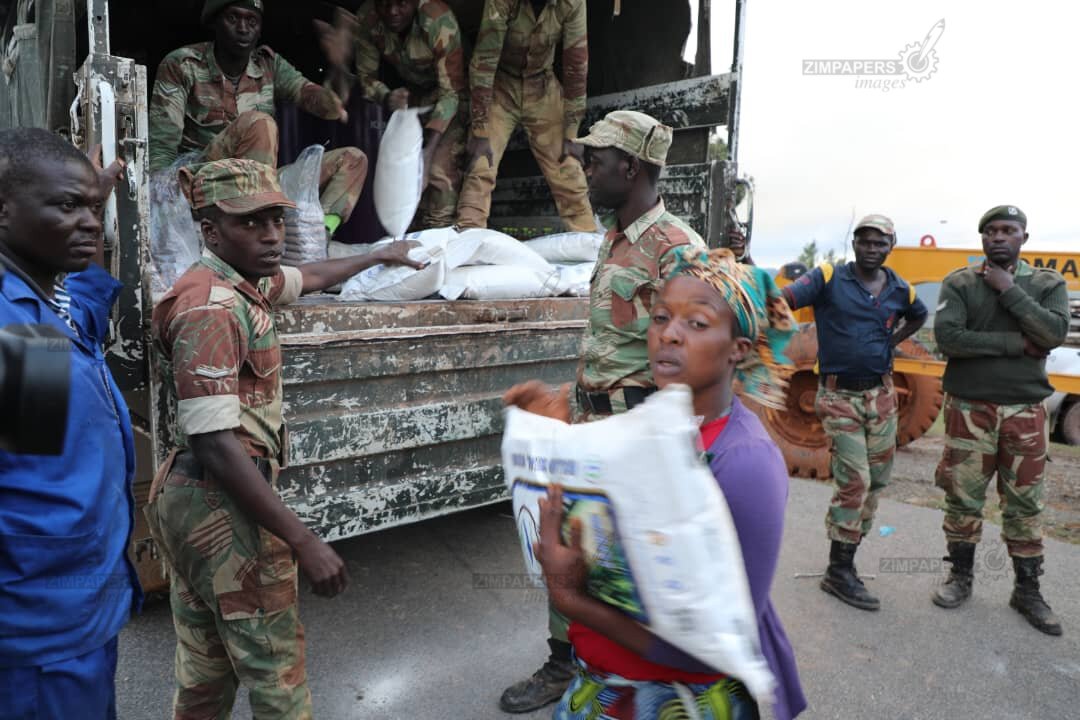 An army truck on Thursday afternoon ploughed into a crowd of Cyclone Idai survivors in Chimanimani and killed three people while several others were injured.

The villagers, who escaped the deadly Cyclone Idai floods and mudslides, were waiting for the delivery of food aid when the truck reportedly lost brakes and crashed into the anxious crowd.

How can you expect me to give you details about the accident when I am based in Harare? Of course, the accident has happened. Talk to Major Chibasa who is on the ground and will give you all the details.

An eyewitness who spoke to the same publication said:

I saw three people who were crushed by the army truck lying dead at the site. Several other people were also injured during the accident.

The army was roped in to assist in repairing infrastructure, recovering of bodies as well as delivering supplies in Chimanimani and Chipinge following Cyclone Idai.

Hundreds of thousands of people need emergency food assistance in Chipinge and Chimanimani following the disaster.