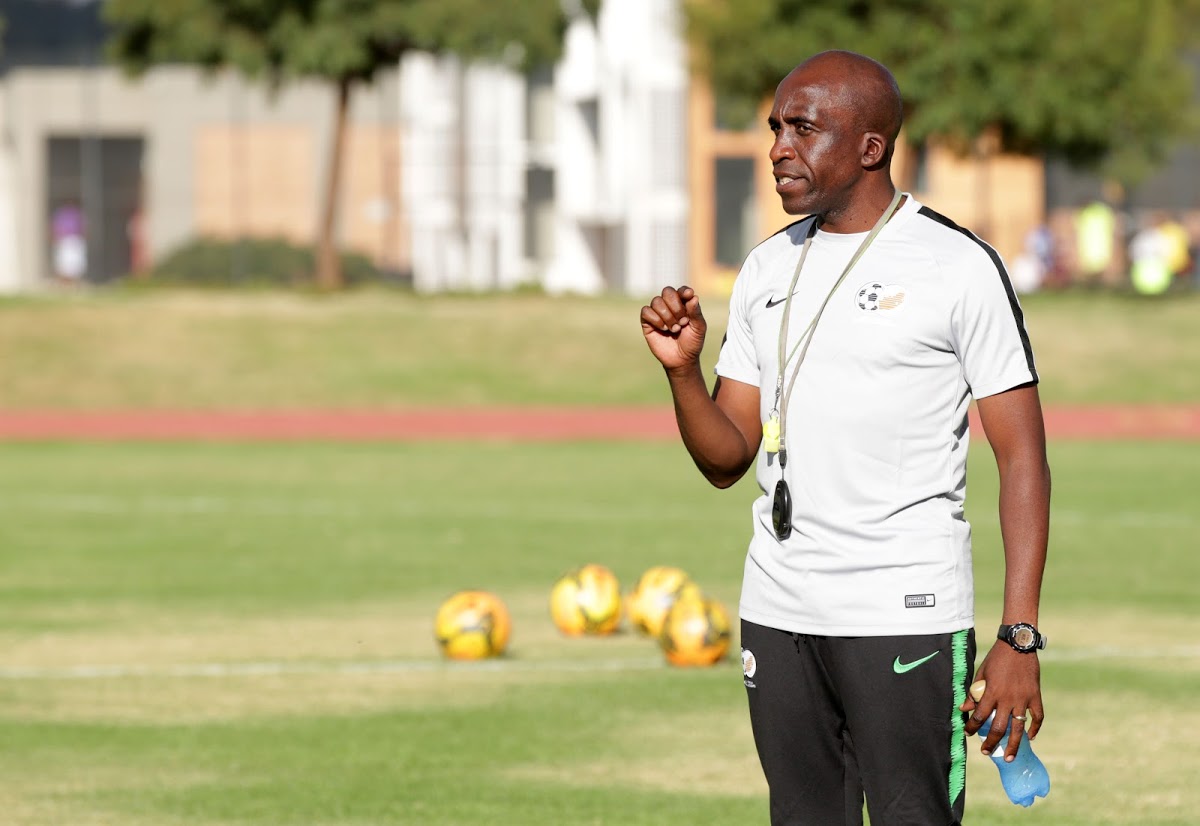 David Notoane, coach of South Africa during the 2019 U20 African Cup of Nations Qualifiers South Africa Training at the UJ Stadium, Soweto on the 19 March 2019 ©Muzi Ntombela/BackpagePix

South Africa Under-23 coach David Notoane expects a tough encounter against Zimbabwe in June‚ in a qualifier where the winner will reach the 2019 Africa Under-23 Cup of Nations.

Speaking ahead of the doubleheader against the Young Warriors for a place in the last eight, Notoane said:

Ja‚ it’s a tough one. We expected it‚ in any case. We have sent our foot-soldiers to go and check what Zimbabwe is about.

But we know traditionally Zimbabwe has very talented footballers. So we’ll prepare accordingly.

But we know traditionally Zimbabwe has very talented footballers. So we’ll prepare accordingly.

The top three finishers at the U-23 Afcon reach the Tokyo 2020 Olimpic games.

The first leg between the Young Warriors and Young Bafana is in South Africa on June 5 and second in Zimbabwe on June 9.