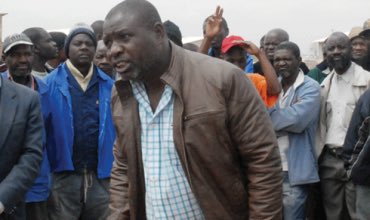 The MDC Alliance’s Ward 28 candidate for Cowdray Park in Bulawayo, Collet Ndlovu has reportedly called upon residents to vote for a male candidate. Ndlovu allegedly said:

Women need men in positions of power because they are afraid, hence if crushed, they keep quiet.

The aspiring MDC councillor’s sentiments, however, did not go down well with lawyer and human rights activist, Doug Coltart who said:

The MDC must call its candidate to order. This sexist nonsense has no place in our society and is not what we expect from a party which is seeking to offer a democratic alternative.

One Comment on “MDC ‘Councillor’ Says Women Are Fearful, Should Not Be Voted For”