Chimanimani after Cyclone Idai in March 2019

It is advised that the nearby community be on high alert and ensure their safety. 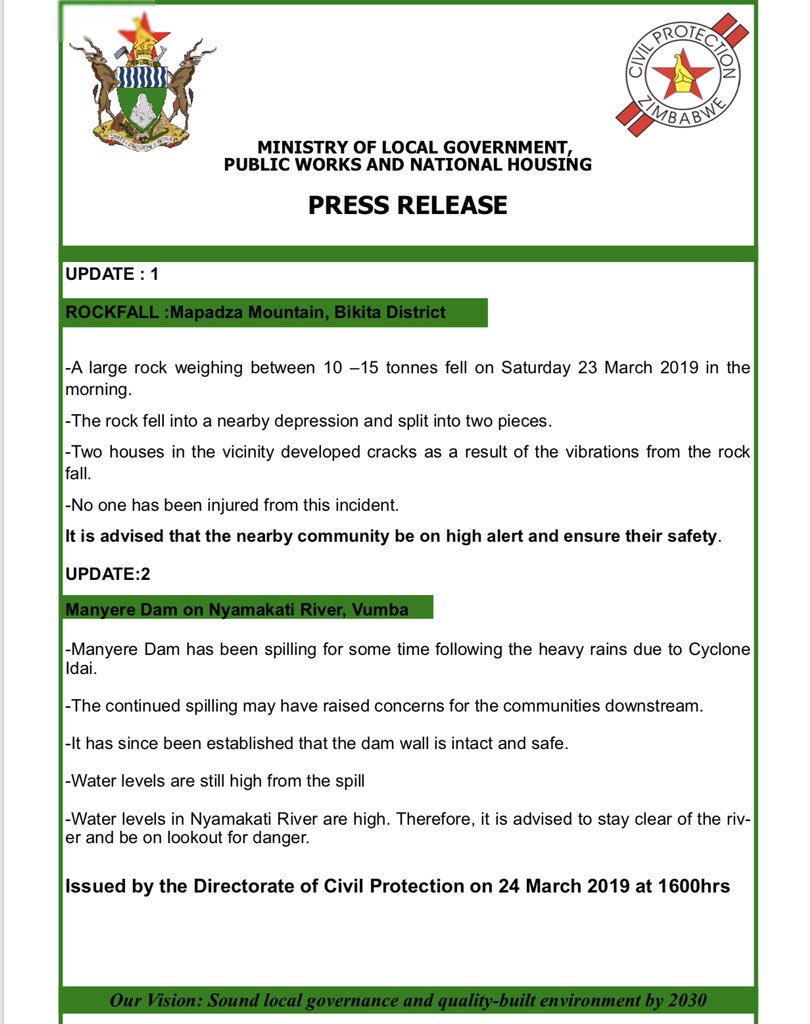