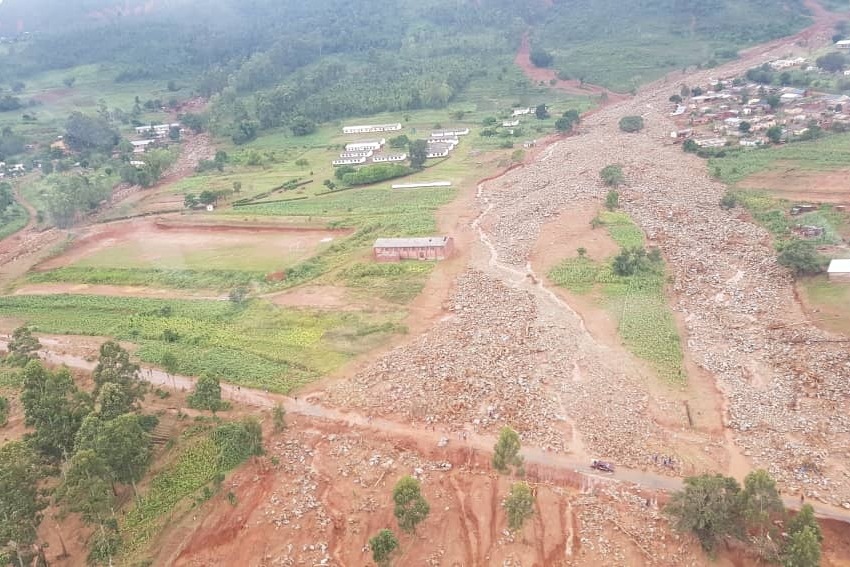 A whole township in Rusitu Valley, Chimanimani was washed away by floods caused by Cyclone Idai last weekend.

This was revealed by the Minister of Local Government, Public Works and National Housing July Moyo on Saturday.

Speaking in Mutare after receiving a donation of various goods worth $400 000 from Inscor Africa, Minister Moyo, said:

In Rusitu (Valley), we had a police camp which was wiped out, we had Agritex officers who were housed there. We had some schools there. We had a school where we lost three teachers, the headmaster and 39 pupils. These are areas we frantically want to reach, but there are many others.

In Machongwe area they need to get food and there was a township that was completely wiped out. We do not know the number of survivors. We also understand that there were miners and we cannot accurately tell the number of those who perished there. The villagers are not able to identify those who were doing gold mining in the area.