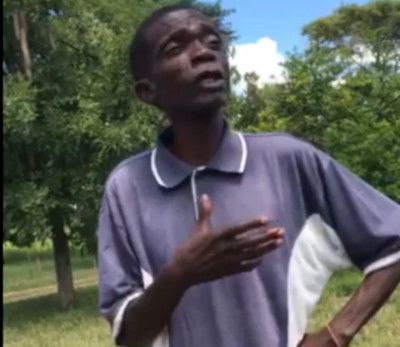 A man, whose name is referred to only as Makoni, tried to grab a farm in Chegutu from a white lady, Dallas Ullyett Gama, and her husband. The incident happened on the morning of 23 March 2019. According to the white owners of the farm in Chegutu, Mr. Makoni came to their gate to announce that he was the new owner of the land. The couple proceeded to record the conversation they had with him on camera.

Makoni claimed that he was given the piece of land as compensation in 2008.

After being told that the President Emmerson Mnangagwa and Lands Minister Perence Shiri “said this would not happen in the new Zimbabwe,” he said the president is nobody and that he went to school with Shiri.

Makoni, however, insisted that he didn’t want to deprive them of their rights and that he would invite them to a meeting with the DA and other officials soon.

My father bought the land in 1999. He received a letter of no interest from the Government before purchasing the land. It is 36 hectares in size and used to be classed as Peri-Urban. This was since changed to Municipal land in probably 2010. We were gazetted in May 2016 under the terms of Agricultural resettlement. We engaged with our lawyers and they sent the appropriate paperwork into the Ministry of Lands with the map from the municipality showing our property falls under Municipal land.

Our property is in no way, shape and form for agricultural use. It floods every year.
The gentleman in the video turned up at our gate on Thursday saying he was the new owner and that our employee should let him in. He refused saying that the gentleman (now identified as Mr Makoni) should come back on Saturday when we would be home from work.

The video is of the exchange between ourselves and Mr Makoni, who did not come with any relevant documents or offer letter.

This is all my truth in the matter. I am only unsure of the year our land was made Municipal.

5 comments on “WATCH: Man Tries To Grab Farm From White Couple In Chegutu”