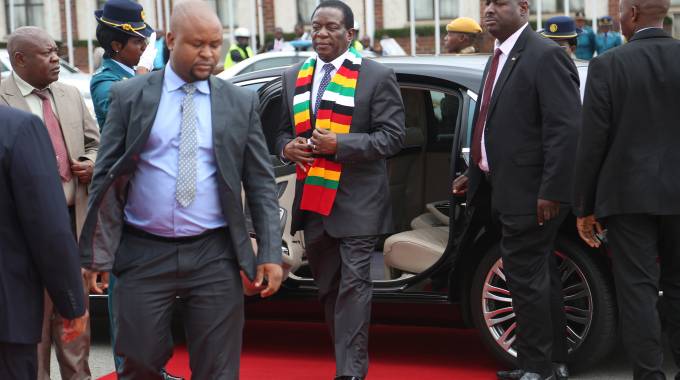 President Emmerson Mnangagwa has returned back home from Angola where he attended the official opening of the inaugural commemoration of the Southern Africa Liberation Day.

The Southern African Liberation Movement was opened in the presence of several heads of state and government at Cuito Cuanavale in southern Angola’s Cuando Cubango province.

The day was declared at the Windhoek Southern Africa Development Community in August 2015. According to ZimLive.com:

The day is commemorated every March 23 to mark the end of the Battle of Cuito Cuanavale in Angola and the South African Border War.

The People’s Armed Forces for the Liberation of Angola (FAPLA), backed by the Soviet Union, Cuba, South West Africa People’s Organisation (SWAPO) fighters from Namibia and Umkhonto Wesizwe fighters from South Africa, pegged back and forced the withdrawal of insurgents of the National Union for the Total Independence of Angola (UNITA), who were supported by apartheid South Africa.