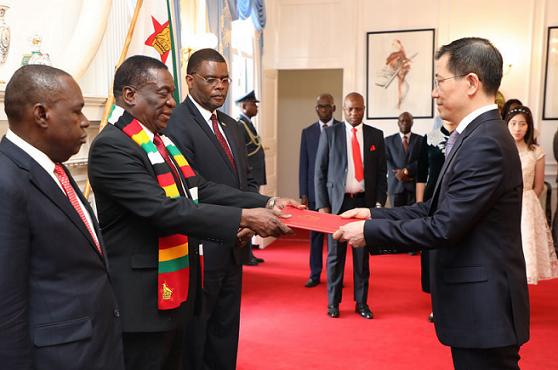 The Chinese Government on Friday availed US$800 000 to victims of Cyclone Idai which left over 259 people dead and destroyed property in Manicaland, Mashonaland East and Masvingo provinces.

This was revealed by Chinese Ambassador to Zimbabwe Mr Guo Shaochun while addressing a press conference in Harare. He said:

The Chinese Embassy in Zimbabwe is authorised to announce that the Chinese Government decided to donate US$800 000 in cash as emergency humanitarian assistance to the Zimbabwean Government to help with its disaster relief and rebuilding effort.

On March 20, President Xi Jinping sent a condolence letter to President Mnangagwa where he expressed his sincere sympathy to the lives lost and reiterated that China will provide assistance within its capacity in line with the needs of Zimbabwe.

… The Chinese medical team in Zimbabwe will visit the affected areas and bring medical supplies and carry out free treatment to the local people.

One Comment on “China Avails $800 000 Towards Cyclone Idai Relief”