A total of 133 people have been nominated to become commissioners of the Zimbabwe Anti-Corruption Commission (ZACC).

The list was published on Tuesday by Parliament’s Committee on Standing Rules and Orders (CSRO).

The listed candidates will shortly be invited for interviews and a shortlist of at least 12 names will be submitted to the President.

The President will then select eight commissioners before appointing the chairman in consultation with the CSRO.

Mnangagwa reportedly dissolved the ZACC in January after its nine commissioners, including the chairman Job Whabira, was forced to resign under pressure from Vice President Constantino Chiwenga.

Here’s the list of 133 nominees published by Parliament for the nine available positions at ZACC: 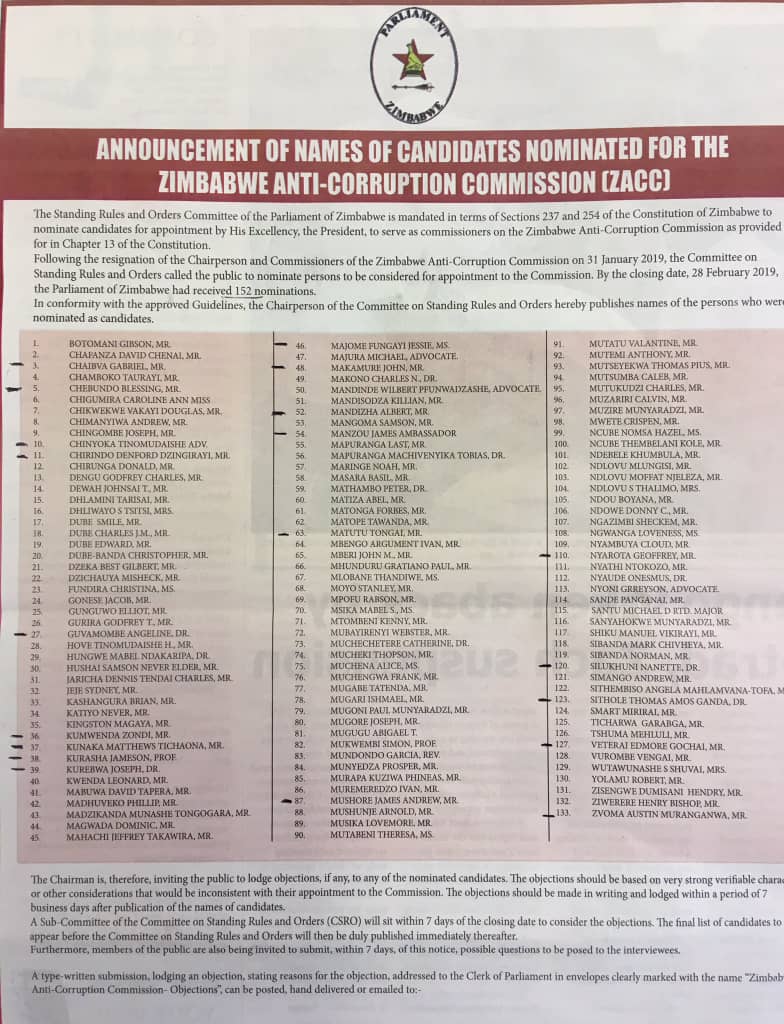