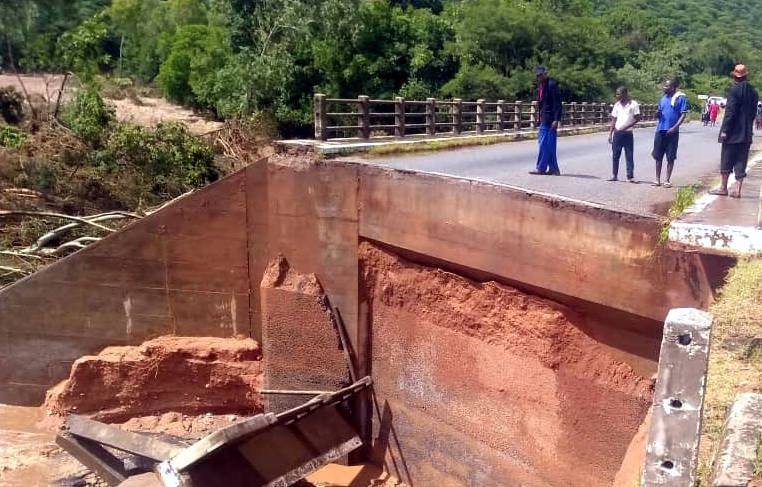 Reported deaths in Zimbabwe from Cyclone Idai have risen sharply to 65. According to government-controlled daily The Herald, Chimanimani East MP, Joshua Sacco, gave the new number this afternoon.

Update: The ministerial delegation is stuck at Mvumvumvu River bridge towards Nedziwa where there is the district command centre. According to Chimanimani East MP Joshua Sacco 65 have been confirmed dead.

Cyclone Idai has been the worst natural disaster in Zimbabwe in Decades. in Chimanimani and Chipinge bridges were washed away and some roads destroyed.