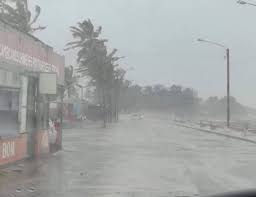 Updates by Zimbabwe’s Information Ministry confirm that Chimanimani had been hit hard by Cyclone Idai which has now crossed into Zimbabwe.

Said the ministry this morning:

Power disrupted in the Chimanimani area. Some bridges cutting access. Bridge at Pondo Farm has been swept away. Manase Village has also been adversely affected and communication is a challenge

Rescue efforts hampered by darkness but the Airforce of Zimbabwe has been deployed to winch people to safety.