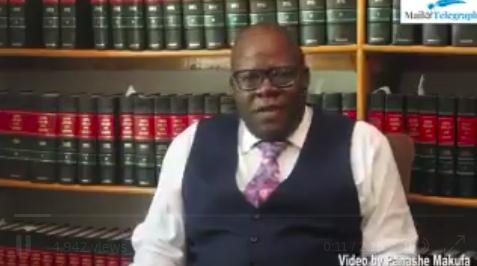 The Central Intelligence Organisation (CIO) has seized a consignment of books co-authored by Movement for Democratic Change MP Tendai Biti.

The book, ‘Democracy Works’, is set to be launched in Johannesburg on March 27, at an event to be attended by two former presidents; Olusegun Obasanjo of Nigeria and Ellen Johnson Sirleaf of Liberia. Biti said 18 copies of the book were dispatched by the publisher in Johannesburg in early January. He also said he complied when the Zimbabwe Revenue Authority (ZIMRA) asked them to pay duty.

The Harare East legislator told ZimLive that DHL had told him the books have been seized by the President’s Office. Democracy Works was co-authored by Biti, Obasanjo, Greg Mills of the Johannesburg-based Brenthurst Foundation and Jeffrey Herbst, the president of the American Jewish University. Sirleaf wrote the foreword. The book was published by Pan Macmillan.