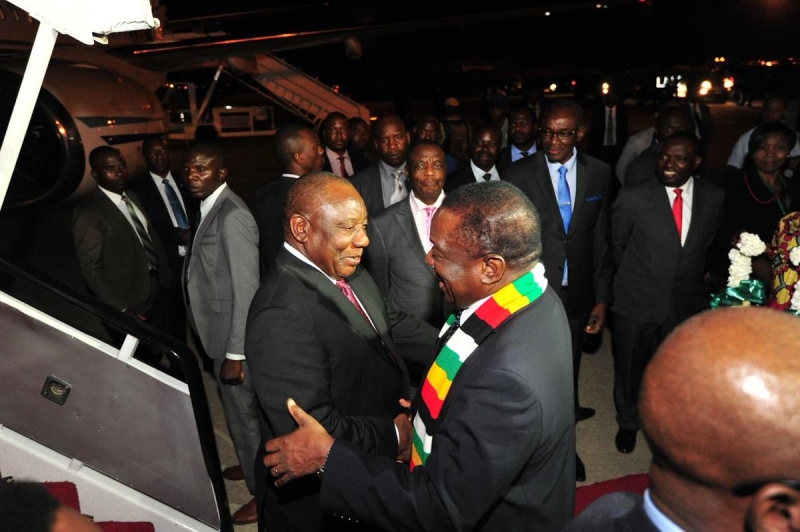 South African President Cyril Ramaphosa reiterated his call for the lifting of sanctions imposed by the United States of America and the European Union against Zimbabwe.

Ramaphosa said this from Harare on Tuesday where he is attending the Zimbabwe-South Africa bi-national commission. Said Ramaphosa:

SA has made a clarion call to the international community to lift the unfair and unjustified sanctions imposed on Zimbabwe.

We made this position clear at the World Economic Forum in Davos and recently at the European Union.

We are pleased that the EU has lifted sanctions on some members of your government. We want more than just that, we want to see real support for Zimbabwe.

Your outspoken support for the new Zimbabwe is not taken for granted, you have stood with us regionally and internationally. We appreciate your support and call for the unconditional removal of sanctions.

The bi-national commission was first signed in April 2015 and there are 45 agreements between the two countries.