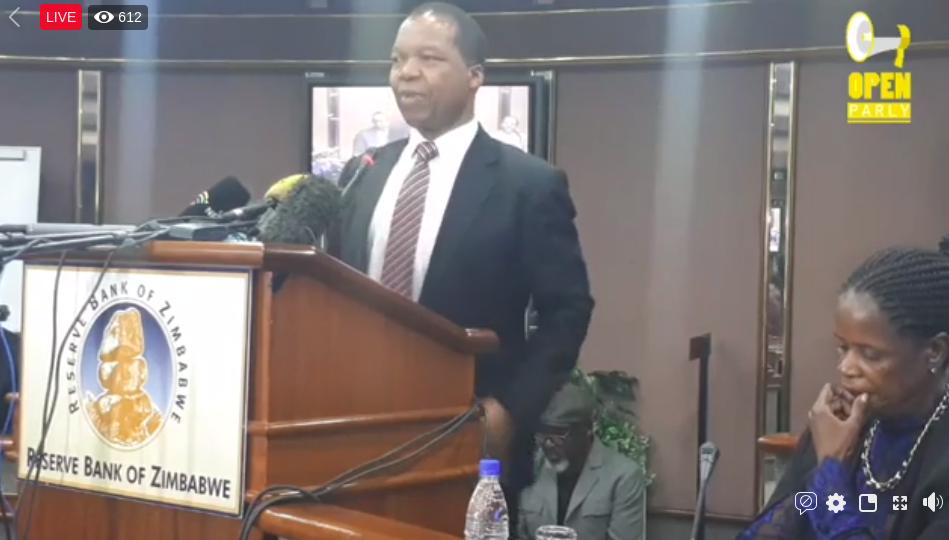 Reserve Bank of Zimbabwe (RBZ)governor John Mangudya told Members of Parliament that they were ignorant as to what quasi-fiscal activities entail.

He said both the MPs and Finance and Economic Development Minister Mthuli Ncube need a workshop for them to understand the issues involved.

Mangudya said this on Monday when he appeared before a joint meeting of Public Accounts and the Finance committees to discuss the legal basis for the RBZ undertaking quasi-fiscal activities. Said Mangudya:

Quasi-fiscal activities at the RBZ do not exist and it is important for Zimbabweans to know the truth, and what RBZ used to do when we bought tractors, generators and baccossi – those were quasi-fiscal activities and so do not confuse those with what is happening now and people should not abuse the RBZ by confusing those with what is happening now. They were taken over by the RBZ Debt Assumption Act.

… My core business is in section 49 of the RBZ Act, to ensure there is foreign currency. When I give money for fuel, it is only called a foreign allocation. I think as MPs you need a workshop with RBZ on what are quasi-fiscal activities.

Responding to MDC legislator Tendai Biti who had demanded that he explain why Ncube, in his 2019 budget statement mentioned that the RBZ was engaging in quasi-fiscal activities, Mangudya had this to say:

I think Ncube was misinformed on that point because I asked him to give me three or one quasi-fiscal activity I was engaging in and he could not.

That’s a wrong definition that the minister was using and he also needs a workshop on that. Do not use Zimbabwean language on that.