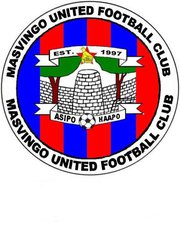 Masvingo United and Masvingo Pirates have merged to form Masvingo FC with high hopes of bringing back Premier Soccer League games to the Ancient City.

Addressing the media recently, former Masvingo Mayor Hubert Fidze who is the chairman of the newly-formed club said:

We have merged two teams which were playing in the Zifa eastern region division one last season, which is Masvingo United and Masvingo Pirates, into Masvingo Football Club.

We are working, as a team to turn the team into a formidable force to reckon with in the PSL, this coming season. Our major aim is to be promoted into PSL by 2020. If we win it this year, it will be a bonus.

Masvingo United was relegated from the PSL in 2011 and have been struggling to make a return to top flight football since then.