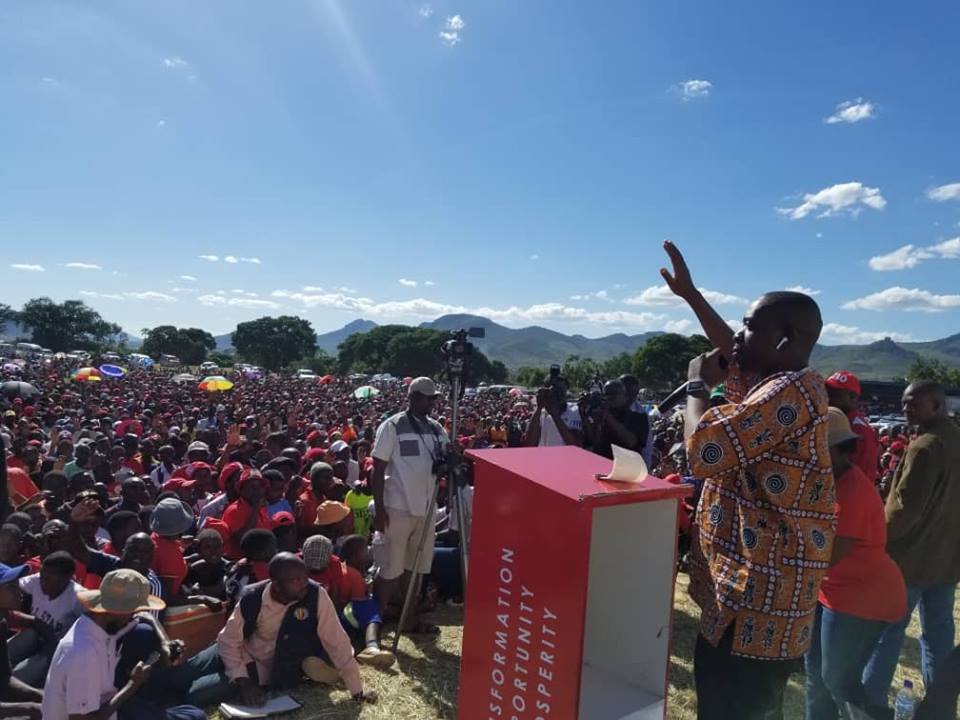 MDC secretary-general Douglas Mwonzora and Manicaland provincial chairman David Chimhini were roundly booed on Saturday by the party’s supporters during a ‘Thank You’ Rally held in Mutare.

Reports indicate that when Mwonzora took to the podium to address the crowds, there were howls of disapproval. Chimhini was roundly jeered as well. Chimhini had this to say:

I won’t stop talking …president (Chamisa) this is a hired crowd. People were hired to disrupt.

MDC president Nelson Chamisa came to the rescue of Mwonzora when he warned the crowds that if they did not allow Mwonzora to speak, he would leave the rally without addressing it. Said Chamisa:

If you continue disrupting the secretary general then I will rather not talk and go back.

The MDC is a party of disciplined cadres. Let’s do our things in peace. We are a democratic party.

Mwonzora is said to be harbouring presidential ambitions and is set to challenge Chamisa for the presidency at the party’s elective Congress set for May this year.

There are accusations and counter-accusations that Chamisa is being bankrolled by former President Robert Mugabe while Mwonzora has received a huge war chest from ZANU PF.