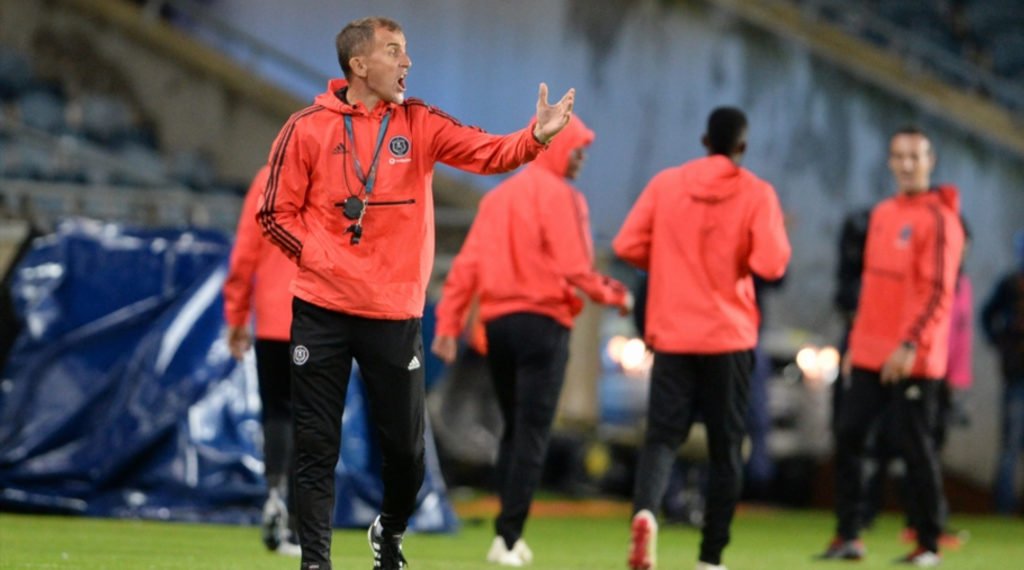 Orlando Pirates coach Milutin Sredojevic (Micho) is realistic about his team’s chances of progressing to the quarterfinals of this year’s CAF Champions League.

Pirates host Zimbabwe’s FC Platinum at Orlando Stadium on Friday night, after which they travel to Conakry in Equatorial Guinea for a clash against Horoya.

Speaking to the press ahead of the showdown with FC Platinum who have already failed to go beyond the group stages, the Serb said:

It’s very hard to believe that we could be first [in the group] but we have no right, even if we win with half-zero and get the three points.

Three points are a must! Whatever else comes, good and well. But the ‘must’ is for us as a technical team, while for the players they need to let all the pressure come on our shoulders and let the relaxation and freedom unlock their legs, so as not to feel the stress of that ‘must’.