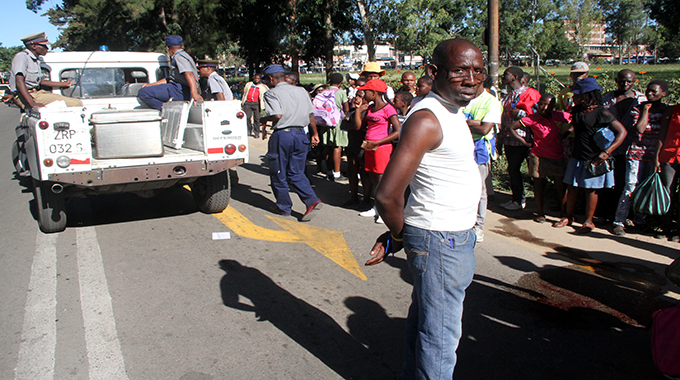 A grade one pupil at Mckeurtan Primary School in Bulawayo died on Thursday from injuries she sustained when she was knocked by a speeding car just outside the school gate.

Mbalenhle Sibanda (6) was hit by the car as she was crossing the road with her sister. Mbalenhle’s uncle had this to say:

We’re told that the driver who was speeding hit her once and reversed and crushed her head and she died on the spot. This is devastating and we are saddened as a family by her death which was caused by a reckless driver.

The young girl was excited about going to school in the morning and she didn’t bid me farewell as she does every day. She just left like that. She was with her sister who usually collects her from school.

The driver was however stopped after attempting to flee from the scene of the accident.

If he had not been stopped by other motorists he would have run away. The police have to deal with him or else he will cause the death of many children.

The body of the little girl was taken to the hospital for a post-mortem in a metal hospital by the police.