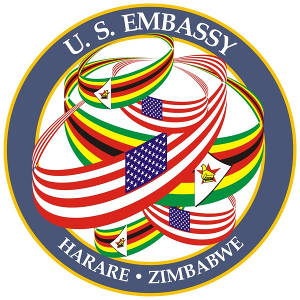 In an interview with Zimbabwe Independent senior reporter Bridget Mananavire (BM), US embassy spokesperson Stacy Lomba (SL) said President Emmerson Mnangagwa’s administration has failed to bring about political and economic changes needed to improve its relationship with the United States.

Lomba said the United States Government will engage with Mnangagwa’s administration based on the implementation of political and economic reforms. Below is an excerpt of the interview:

BM: In relation to the Zimbabwe reform agenda, where has the government fallen short? And are there any successes? What can be done to bring Zimbabwe on track with the reform agenda? What is your view on the crackdown on opposition legislators, the mass arrests? Has there been any improvements since the November 2017 coup?

SL: President Mnangagwa’s administration has yet to implement the political and economic overhaul required to rebuild its reputation within the international community and improve its relationship with the US.

The US remains seriously concerned about ongoing human rights abuses in Zimbabwe. Most recently, we condemned the excessive use of force by Government of Zimbabwe security forces since mid-January, which resulted in at least 13 deaths, 600 victims of violence, torture or rape, and more than 1 100 arrests. The Government of Zimbabwe’s use of violence against its citizens betrays promises to create a new Zimbabwe. We reiterate our call for the Government of Zimbabwe to enact promised political and economic reforms. As we have stated before, our engagement will be based on implementation of those reforms.