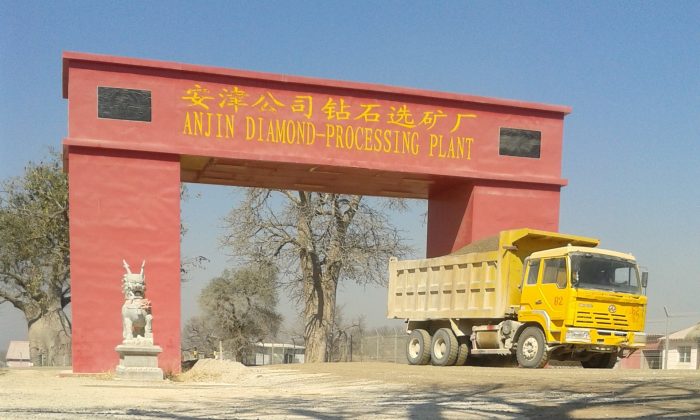 Anjin Investments, a diamond company partly owned by the Chinese, is set to return to Marange diamond fields.

Villagers and activists had accused Anjin Investments of various human-rights violations and evading payment of taxes and royalties. The company was booted out of the Marange diamond fields by former Zimbabwe President Robert Mugabe’s government in 2015.

However, in January, President Emmerson Mnangagwa’s government announced that Anjin and Russia’s Alrosa are the foreign companies that would participate in Zimbabwe’s diamond industry. Anjin is a joint venture between a Chinese company, Anhui Foreign Economic Construction Co. Ltd., and Matt Bronze Enterprises, which was formed by the Zimbabwe Defense Ministry and the Zimbabwe Defense Forces, through an intermediary company.