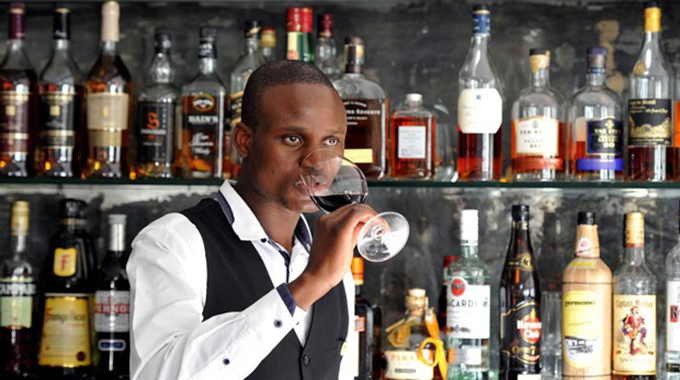 Dhafana launched his own wine brand that is now known as Mosi Wines and eventually left his employer Bar Bar Black Sheep restaurant in Riebeek Kasteel in South Africa to focus on his wines. He was later employed by La Colombe in South Africa as head sommelier (wine waiter), a post he still holds. Last year he auctioned a box of six Mosi Wines for R16 000.

Challenging himself further, Dhafana tried his hand at making gin (distilled alcoholic drink) and recently launched what he calls the Mosi WaMambo Gin at 67 Pall Mall in London. He said the gin is inspired by his Zimbabwean roots and consists of ingredients which were foraged in Chirumhanzu. Said Dhafana:

It has zumbani (Lipia Javanica), gavi remususu (silver leaf tree bark) muchokochiana (sedzchun), rooibos, ginger and Italian juniper berries. I would recommend that people have it neat on the rocks or with a dash of soda water, soda not tonic.