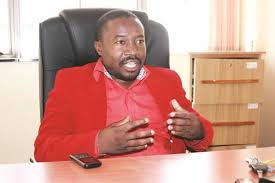 When asked by NewZimbabwe.com for a comment over the allegations, Commissioner Nyathi said:

Currently, I am committed somewhere else. Would you mind phoning to me tomorrow?

Meanwhile, MDC Alliance spokesperson Jacob Mafume said that his party has not been informed of any rape charges against party president Nelson Chamisa.

Speaking to NewZimbabwe.com, Mafume said that his party is focused on the upcoming Congres and not on frivolous things. He said:

We have not seen anything like that yet (allegations). Like everyone else, we are just seeing this on social media. We have not heard anything from any police station.

We are seeing them (allegations) as sideshows on social media. We are currently focused on our congress. These are frivolous things.

An MDC official who spoke on condition of anonymity to the same online publication had this to say:

It’s a hatchet job. The agenda is to soil, to undermine and degrade the brand and this has been a plan started immediately after the elections and we got wind of it.

We don’t want to fall into a trap. All we are getting are snippets that are in the public domain and some people claiming to be police officers purporting to be giving us inside information on the issue.

It is an elaborate plot to make sure that President Chamisa is not available for Congress.

Police and Zanu PF must come out clean about their plot. Why is the plot looking so stupid!

We are back to the Ari Ben Menashe issue, (former Zanu Ndonga leader) Ndabaningi Sithole issue of trying to assassinate Mugabe, we are back (former Vice President) Joshua Nkomo of trying to kill Mugabe. We are in familiar territory.