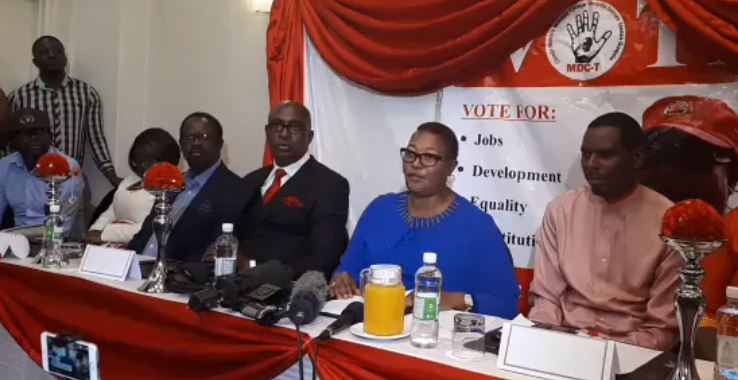 The MDC-T led by Thokozani Khupe said that it will not walk out of dialogue with President Emmerson Mnangagwa and some of the losing presidential candidates in the 2018 election.

MDC-T  party chairperson Abednico Bhebhe said they would continue engaging with government and would quit once convinced the President was insincere. Said Bhebhe:

There are some people that are saying we must pull out of the talks, but the whole idea is to find solutions to all the problems we face . . . We will only withdraw from the talks after we see that he (President) is not sincere; as for now, we can’t measure sincerity by withdrawing.

Several losing candidates have refused to take part in the ongoing inter-party dialogue. Nelson Chamisa, Joyce Mujuru, Daniel Shumba and Noah Manyika are some of the candidates to snub the talks.