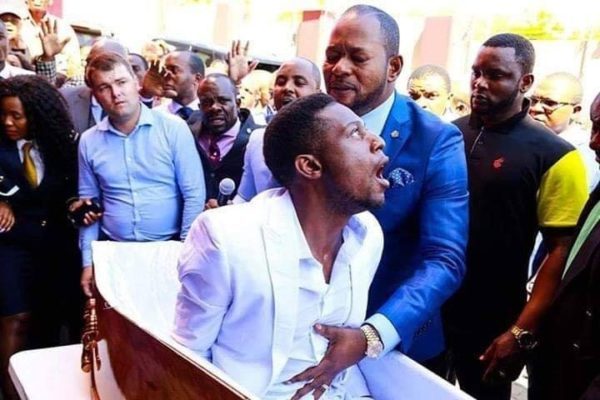 Madungwe said there is nothing out of the ordinary from the resurrection as Jesus did the same with Lazarus who was resurrected after four days. He said ten people were resurrected this week. Said Madungwe:

There is nothing out of the ordinary from what happened in South Africa as Jesus woke Lazarus up on the fourth days. When a person dies it takes seven days for them to reach hell or paradise, our two waiting places before heaven. So, when a person is pronounced dead and then is resurrected, they would have reached the heavenly gates where a verification process is conducted by us the members heavenly army. By these gates, people are sent to these following places, heaven, hell, and back to earth. Just this past week, about 10 people were sent back to earth because we saw their mission here had not been accomplished yet. So nothing is surprising about the Lukau scenario.