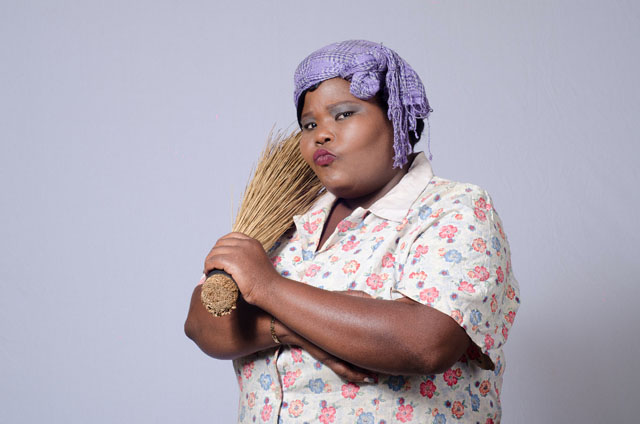 Bus Stop TV actor and social media commentator Samantha Kureya was on Tuesday arrested while she was at her home in Mufakose, Harare. Twitter users were full of outrage over the arrest of the popular ‘Gonyeti’. Below are some of the comments made over the arrest:

We are being informed that CID law and order just took Bustop TV’s Samantha Kureya aka Gonyeti from her home for questioning at Harare central. #Freecomicartists @nelsonchamisa

When jokes, let’s be technically correct; when comedy, in fact let’s be constitutionally clear; when freedom of expression invites Gestapo visits from LAW & ORDER in an AUTHORITARIAN MILITARY STATE–which Zimbabwe has become–you must know all hell has broken loose! #FreeGonyeti

Magamba TV 📺: Gonyeti’s only crime is being a comedian who speaks truth to power. Magamba condemns this attack on free speech. We must be free to laugh at our leaders. And our leaders must have a sense of humour!

David Coltart
‏Free Samantha Kureya, otherwise known as the comedian Gonyeti of @bustoptv -who has just been detained by the Mnangagwa regime. Her crime – speaking truth to power, albeit in a very funny way. This brutal regime clearly now has no sense of humour & is petrified of its own shadow.

Chipo Dendere
I was hoping that this was a bad joke but it’s not. A popular Zimbabwean comedian from @bustoptv has been picked up by authorities in Zimbabwe. The two women team often bring humour and joy to people suffering from the current economic & political situation.

Ngonie
#Zimbabwe @ZLHRLawyers has deployed lawyers to offer emergency legal support services to Samantha Kureya, a comedian popularly known as “Gonyeti” of @bustoptv, who has been “picked up from her residence by police & taken to Harare Central Police Station. #FreeGonyeti

Fadzayi Mahere
#FreeGonyeti
RETWEET until it’s not even funny. We want @bustoptv back on our screens and making us laugh!

The character of the new dispensation is a far cry from the Zimbabwe we want.

We demand their immediate release.

Roger
Why was she picked up in the first place? We can’t just say #FreeGonyeti without knowing the reason why the CID Law and Order decided to pick her up. Give full details.

CitizensManifesto
Breaking: Popular Zim comedian, Gonyeti, has just been picked up by CID Law & Order. This is unacceptable! Our jokes & our speech must be free!

Debra & Fox
#FreeGonyeti
The level of desperation of this gvt have reached another level, surely Gonyeti is now part of the matrix to solve your illegitimacy issues? why are you forcing us to wish your predecessor’s evil reign was better? At this rate, all citizens will be incarcerated then.

Thandekile Moyo
Assuming this isn’t a bad joke…#FreeGonyeti
So basically these guys aren’t about to stop with the arrest of free speech?
This is unacceptable!!

#LaughAtPower
Gonyeti’s only crime is being a comedian who speaks truth to power. If you can’t handle jokes, don’t arrest the comedian. Fix the situation.