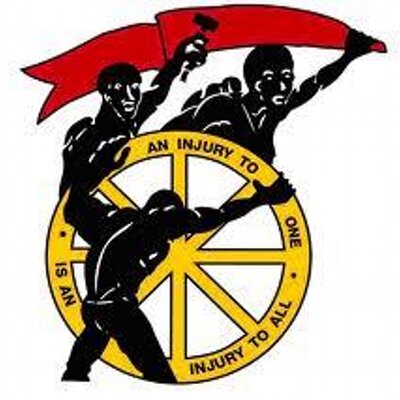 The Congress of South African Trade Unions condemns in the strongest terms the detention of the ITUC-Africa General Secretary, Comrade Kwasi Adu Amankwah. We are not so surprised by this action of the security forces in Zimbabwe; we know too well it is in the DNA of the Zimbabwean regime to behave in this manner.

Comrade Kwasi Adu Amankwah is part of a three-member ITUC delegation on a fact-finding mission following the recent developments that led to a serious clampdown on trade union leaders and activism in Zimbabwe.

He was scheduled to meet with the leadership of the ZCTU regarding those developments. Cde Amankwa was also scheduled to meet the Ministry of Labour, the International Labour Organisation and the Employers’ Confederation of Zimbabwe for an appreciation of the trade union and country’s developing situation.

The ITUC-Africa GS entered the country early this morning and checked into a local hotel, he was followed and tracked down by government officials and around 2:00 am was taken back to the airport.

Comrade Kwasi remains detained by immigration at Harare airport. Attempts to reach him and take him food by ZCTU have been denied by authorities. The legal representatives of the ZCTU have since advised that it appears the authorities want to send him back as an afterthought after allowing him an entry in the first place.

COSATU demands his immediate release and that he be allowed to meet all the representatives, he was scheduled to meet in particular the ITUC-Africa affiliate ZCTU.

This behaviour of the regime is the utmost violation of the freedom of association and infringes on the overall rights and trade union rights. The problems of Zimbabwe will never be resolved with the approach of the current Zimbabwe regime.

This will serve to only worsen the situation. This strengthens the case that Zimbabwe remains a country at risk and must be treated as such. This behaviour violates not only human and trade union rights but international labour standards and laws

We call on all international trade union movement to mobilise and support our Comrades in Zimbabwe. It cannot be business as usual when these violations continue and worsen. We demand unconditional release for both the ZCTU President and General Secretary.

The Zimbabwean President must stop interfering with trade unions as well as the persecution of trade union leaders and labelling of ZCTU a dissident organisation, and anyone associating with it an enemy of the regime. Comrade Kwasi must be allowed to finish his mission and we are all keen to hear the mission’s findings although it is clearer now.

SADC cannot be silent when obvious disregard for freedoms and rights are so blatantly clear. We challenge SADC to intervene meaningfully with sustainable solutions in that country.