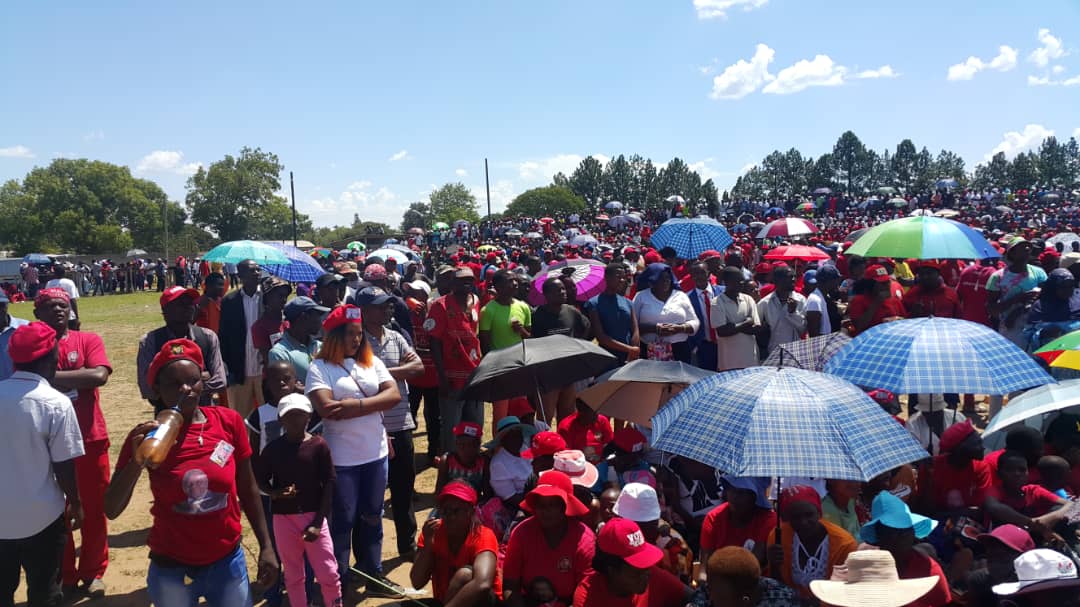 A Herald report claims that a ZBC senior staffer was on Sunday manhandled by MDC activists during a rally addressed by party leader Nelson Chamisa at Mkoba Stadium in Gweru.

The reporter whose name has been withheld was apparently assaulted, being accused of reporting negatively on MDC.

The assailants are believed to be Chamisa’s close security. The assault only ceased after Chamisa intervened.

The report further claims that the marauding MDC youth threatened to beat up occupants of a ZBC vehicle.

The threats forced the state reporters to leave the rally post haste as they feared for their safety.