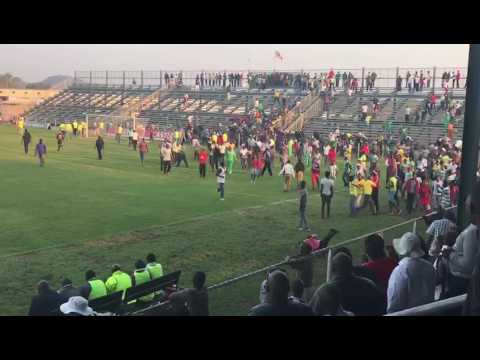 FC Platinum have been given the green light to play their home matches in the CAF Champions League at their home ground, Mandava Stadium in Zvishavane.

The Confederations of African Football wrote a letter to the Zimbabwe Football Association (ZIFA) to that effect. The letter reads as follows:

With regards to the inspection visit conducted by Caf for the Barbourfields Stadium, Mandava Stadium and National Sports Stadium, we would like to inform you that Caf has decided to provisionally approve the Mandava Stadium.

The stadium will be available to host the remaining matches of FC Platinum during their participation in the 2018/19 Caf Champions League.

Caf will continue to monitor the stadium situation during the next matches in order to ensure that the stadium is brought to the required level.